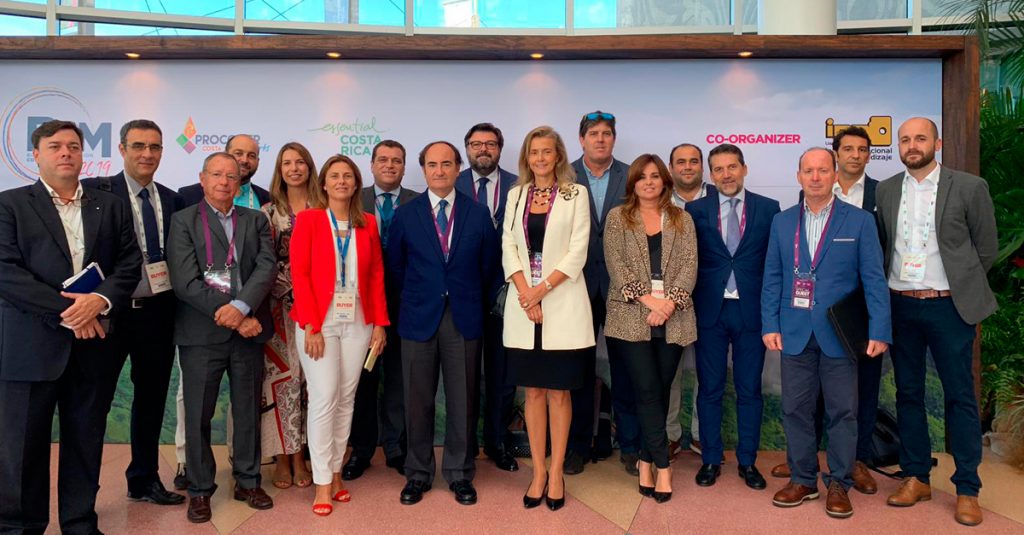 Servicios Auxiliares Marítimos (SAM Algeciras) has participated in the trade mission headed by the port of Bay of Algeciras to Costa Rica. The company, which is part of Alonso Group, has been part of the delegation made up of fifteen companies from the logistics sector in Cadiz.

The meeting has served to strengthen trade relations between the two countries, and has also signed a collaboration agreement with PROCOMER, Foreign Trade Promoter of Costa Rica. Up to 500 Costa Rican exporters from sectors such as food and beverages, agriculture or specialized industries have met with Spanish businessmen.

In order to work within a common strategic framework, representatives of the multimodal platform of SAM Algeciras, with an area of more than 120,000 meters, have announced the services of the facilities strategically located in Algeciras, a leading port in the Mediterranean.

On the other hand, the commercial mission also allowed representatives of Oper Reefer Forwarding -the new cold logistics company of Alonso Group- to show their services on a global scale. In fact, it offers national and international coverage in the traffic of perishable products.

Currently 60% of the pineapple consumed in Spain, in addition to other products such as bananas, tubers or papaya, reaches Europe through the Andalusian port. Therefore the importance of the enclave for the Central American country in terms of import and export of perishable products. Algeciras Bay is also key to Costa Rica as a gateway to other markets such as the Middle East or Turkey.

Alonso Group is a multisectorial business group of reference in the national and international markets. Formed by more than one hundred companies with activity in seven different business areas, with more than 50 years of experience.